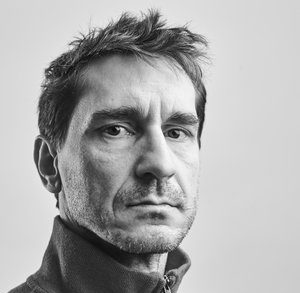 Joshua Ives is a photographer and storyteller living in Clinton, New York.  He was born and raised in Cooperstown and enlisted in the United States Navy in 1991 at the age of 20.

Josh served in the Navy as a Hospital Corpsman (medic) and deployed throughout the world, stationed on warships, in hospitals and clinics, and with the United States Marine Corps.  In 2012 Josh deployed to Afghanistan with Provincial Reconstruction Team (PRT) Farah where he served as both a medic and combat photographer. Upon the close of his one-year tour with PRT Farah, he was awarded the Meritorious Service Medal for his work.  In March of 2015, after 24 successful and rewarding years, he retired from the U.S. Navy.

Josh graduated from the S.I. Newhouse School of Public Communications at Syracuse University in with a bachelor of science degree in photography and a minor in anthropology.  He is currently a graduate student at the Newhouse School.

Josh’s photographs can be found in a variety of online and print publications, including advertisements, military journals, government websites, and the online publications of Time and Mother Jones.  He was selected as the Defense Video and Imagery Distribution System “Journalist of the Month” in 2013 for his photography in Afghanistan, and he is a 2016 alumnus of the 2016 Eddie Adams Workshop XXIX.