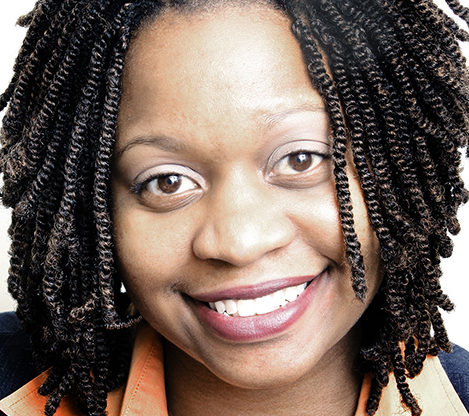 Danese Kenon is a visual leader, cutting-edge coach and dynamic educator with nearly two decades of photojournalism experience. After receiving a Bachelor of Arts degree in English from Virginia State University, she attended The Poynter Institute in St. Petersburg, Fla., as a Visual Fellow. This academic boot camp changed her perception of photojournalism. There she learned that visual journalism is more than just “pretty pictures” and comes with a responsibility to convey and share the truth.

In the fall of 2000, she was a Chips Quinn Scholar at The Democrat and Chronicle in Rochester, N.Y., and later became a full-time photographer with the paper. After three years in Rochester, she attended the S.I. Newhouse School of Communications at Syracuse University, receiving a Master of Science degree in Photography. A Pulliam Fellowship took Kenon to The Indianapolis Star, where she spent eight years enhancing her knowledge of photojournalism and multimedia presentation. Kenon became a full-time visual editor after taking the position of Assistant Managing Editor/Visuals at the Pittsburgh Post-Gazette in Pittsburgh, Pa., and later as the Deputy Director of Video/Multimedia at the Tampa Bay Times.

Danese Kenon is the Director of Photography and Video for the Philadelphia Inquirer. She teaches leadership and multimedia journalism to organizations such as The Kalish and Multimedia Immersion and to the students of the National Association of Black Journalists. You can follow her on twitter @danesekenon.